Disclaimer:  Please note while these case results are accurate every case is different.  These results therefore do not represent what our law firm may obtain as a result in your case.

GREEN BAY, WI  – Confidential settlement in Highway 41 rollover case.  Keberle, Patrykus & Laufenberg were hired by the parents of a minor who suffered a traumatic brain injury during a 3 car Highway 45 accident at highway speeds which occurred near Lambeau field.  The injured party was hospitalized for over 30 days.

JANESVILLE, WI – Confidential settlement.  Highway 12 rollover  accident case.  A number of young adults were travelling between states and cities in a company van selling magazines for a large clearing house.  A police officer on the highway was spotted by the driver of the van who then attempted to change positions to avoid being charged with a traffic violation.  The van lost control and rolled.  7 young adults were killed and 6 severely injured.  Lawyers hired to represent the passengers included Johnny Cochran of The Cochran Law Firm,  Habush & Rottier and Murphy & Prachthauser.  Keberle, Patrykus & Laufenberg were contacted and hired through a Madison law firm referral and represented a severely injured passenger from Colorado.

A lawsuit was commenced in Federal Court alleging that the business was aware, or should have been aware that company vans were being driven by unqualified driver’s.

The case after years of litigation ultimately settled through confidential settlement.

TOWN OF WEST BEND, WI – $5.9 million dollar settlement.  This settlement was the 3rd largest settlement in the State of Wisconsin in the year the case was settled.  At the intersection of Hwy 144 and Hwy 33 a head on collision occurred resulting in disabling injuries to a 17 year old.   A Germanton law firm knew the family and had the parents hire Keberle, Patrykus & Laufenberg to represent their teenage daughter.   Our law firm engaged the resources of various experts necessary to win the case including: Accident reconstruction, life care planning, and life expectancy experts.

FREDONIA, WI –  $1.2 million dollar settlement.  Pick up truck rollover occurred on country roads.  Keberle, Patrykus & Laufenberg were hired by the family to represent their son who was a front seat passenger that was severely injured.  It was necessary for our firm to engage the expert services of a GM module forensic expert as well as an accident reconstruction expert.

GRAFTON, WI – Teen passenger killed in one car collision. Settled for statutory Wrongful death limits. Keberle & Patrykus later filed a lawsuit of first impression as against a driver who negligently sped through the accident scene and mutilated the teen’s body, causing the family additional and unnecessary anguish. The parents felt strongly that this suit should be pursued. The Circuit Court dismissed our case, and we appealed. The Court of Appeals agreed with the Circuit Court. The parents were nonetheless pleased that we fought for their child every step of the way.

KOHLSVILLE, WI – $650,000 Verdict for ATV traumatic brain injury case.  Shortly after the purchase of an ATV the owner held a party where the ATV was used and our client suffered a severe head injury when the ATV struck a partial cement wall on the property.   Keberle, Patrykus & Laufenberg brought a lawsuit against the owner of the ATV, the property and the insurers and obtained a successful verdict from a Washington County jury.  The case was appealed and went before the State of Wisconsin Supreme Court where Keberle, Patrykus & Laufenberg were again successful in obtaining protections for helmetless operators in the state of Wisconsin.

SHAWANO, WI  –  $650,000 jet ski accident settlement.  Keberle, Patrykus & Laufenberg were hired to represent a minor from West Bend who was injured while a passenger on a jet ski that was struck by a 2nd jet ski.  Injuries included multiple foot surgeries.  The case was against the grandparent of the injured party and the insurer for the jet ski.

JACKSON, WI – $750,000 settlement for Hwy 45 and Hwy 60 on ramp automobile accident.  Keberle, Patrykus & Laufenberg obtained the settlement for a client who was forced off Highway 45 by a car that did not check its blind spot.

BOLTONVILLE, WI –  $450,000 settlement for client who struck a semi tire left on the roadway on a country road.   Keberle, Patrykus & Laufenberg were hired to investigate and pursue a privately owned trucking company who lost a wheel on its semi trailer during darkness and continued on its way.  It was necessary for Keberle, Patrykus & Laufenberg to hire a “truck” expert to establish that the truck which lost the tire had been negligently maintained by the owner. 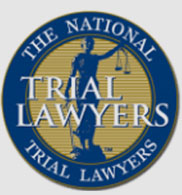 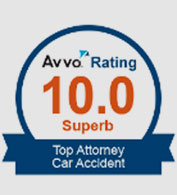 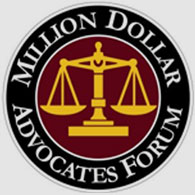 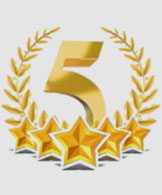 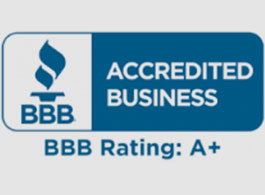 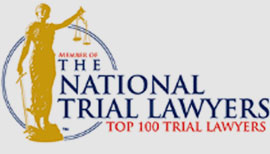 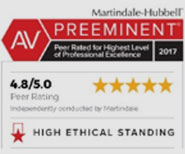 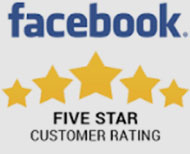 Helping victims for over 25 Years.